I took the day off to do some fishing with my cousin, and was wondering why all of those LIPA and Verizon trucks were heading to the Hamptons. The storm that we were hit with Wednesday night turned out to be a fierce one. I was in Hyde Park when it past through, and they put out a Tornado warning. Well we lost power up there during the down pour, and the wind was whipping, but it didn't seem to be that bad.

Well when I got to Montauk, the Captain was frantic. A tornado did touch down in Montauk, and ripped roofs off of several houses. Of course, I came in today to the massive claims. But hey, that is why I do this. I'm here for when people have an unexpected event that would otherwise ruin them if they didn't have the right protection.

Now I say protection instead of insurance for a reason. You need to make sure that you are properly protected for when you need it. Several people that had bought an insurance policy, weren't "protected" from the damage from the tornado. Was it because it was an "Act of God?" No. "Act's of God" are usually covered, except for floods.

It was because they didn't know that they had a wind deductible. What is a wind deductible? Well if you have a claim, you decide how much you will pay out of pocket to share the cost of the claim. Some people carry lower deductibles and pay more for there insurance. It is a great way to lower your monthly costs.

But many policies now have "Wind" or "Hurricane" deductibles. These are the things that you need a true Licensed insurance professional help you determine. Many 800 numbers will sell you one of these policies and never tell you about them. The last thing you need to find out is that you have a higher deductible for specific events.

So, what is a Wind or Hurricane deductible? Wind deductibles are usually a percentage of the coverage, or a higher set dollar amount than the all other perils deductible. They sometimes have thresholds, like wind speeds, before they kick in. So if there is a storm with 75 MPH winds, and you have a house insured for $200,000, you might have a 2% deductible, which means you are out of pockect $4,000 instead of the $500 that you would pay for a fire or other loss.

Hurricane deductibles kick in at 5% to 8% and some are for any hurricane. So if the storm has winds of 75 MPH, but it is a winter storm, you would pay either your wind or other perils deductible. But once it has a name, like Bonnie, and the winds are 75 MPH, you are now out of pocket $10,000 to $16,000 for that same house.

My job is to tell you about these differences. Many of our competitors have the attitude that it will never happen, so they don't warn you. So take the time to send me your policy, and I will do their job for them. I don't want you to have no roof, and no way to pay for it even if you aren't a client of mine. I will take the opportunity to get you a proposal for alternatives at the same time. Call me now before the next big storm hits New York.
Posted by Unknown at 12:33 PM No comments:

Why was an accident my fault, when I wasn't at fault?

In New York, back in 1975, a law was passed called the Comparative Negligence law. It established how insurance companies were to settle accident claims based on who is at fault, and to determine the percentage at fault. The problem is that logic is thrown out the window. Basically, you are always partially at fault except in a few instances:

1. You are hit while parked
2. You are hit from behind
3. There are witnesses to say that you weren't at fault

Now the witnesses can't be somebody in your car. I have seen where the insurance companies accepted a neighbor or friend, even though there was an obvious conflict of interest.

So how to you make sure that you can keep your rates low, after you have an accident. The first thing to look for is Accident Forgiveness. Many companies offer some version of it, so review your policy to see how "Forgiving" it really is.

The next step is to avoid an accident. Drive defensively, as if everyone else doesn't know how to drive, and anticipate what they will do wrong. Just because you have a green light, don't assume that the other car coming up to the red light will stop. This is one of those situations where you can be 50% at fault because no one stepped up to be a witness.

If you know that you are about to get into an accident, don't tense up. That is how you get hurt. The people who don't know an accident is coming usually don't get injured. Doesn't help with rates, but it is a good tip.

After an accident, try to get the police there. Don't expect them to help much, but they won't take a report that will help you if they aren't on the scene. Most police reports just say vehicle 1 and vehicle 2 were in an accident. But they will sometimes state driver inattention, wrongful turn, etc. which the insurance companies will use to determine who is at fault.

A few things to know about who is the majority at fault:

1. The person making the turn is usually 80% at fault. So even if you have green arrow, and get hit by someone blowing a stop sign or red light, unless you have a witness, it is your fault.

2. The person pulling out of a parking spot or driveway is usually 80% at fault. Not seeing the other car isn't an excuse, even if they are speeding.

3. If you hit a pedestrian, you are at fault.

There are many other situations that can arise, but these are the ones that I see the most. There are strategies that you can use to determine who you should hit, but way too complicated to put here. Hope this helps, if you have any questions, give me a call. 888-900-2173.
Posted by Unknown at 1:29 PM No comments:

What is No-Fault Anyway?

I can't tell you how many times that I speak to people, and they say that their accident is a "No-fault" accident. Unfortunately, in New York, there is practically no such thing. Every accident is considered to be partially your fault. But that is another topic.

The no-fault law was established in 1974 to provide injured parties in an accident with sufficient medical treatment and income replacement without having to go through a lawsuit. Prior to no-fault, on 14% of liabilty claims reimbursed accident victims for their economic loss, and it took almost 16 months for people to collect the money.

No-fault provides what is know as Personal Injury Protection (PIP)Benefits. These are different from the injury lawsuits that you see the commercials on TV. Those claims are part of the liability protection that you carry on your auto insurance policy. PIP benefits provide "Basic Economic Loss" benefits for eligible injured parties. They cover medical expenses, income loss, other expenses incurred (e.g. housekeeping, transportation, etc.,) and a death benefit.

Because of this, your health insurance is secondary to your car insurance if you are injured in a car accident. You are also limited in suing somebody for these coverages. That is why it is important to make sure that if you are shopping for insurance, you compare ALL of the coverages that provide YOU and YOUR FAMILY protection.

Most direct companies will cut corners on these valuable coverages for several reasons. One is to claim that they can save you 15% or more in 15 minutes. They know that most consumers are only looking at the liability limits and deductibles. Another reason is to cut costs. Medical costs are rising at more than double the rates of inflation. A third reason is fraud. No-fault fraud has it's own industry in New York, and this industry knows the loopholes in the law.

So make sure you review your policy to make sure you have enough coverage if you were injured in an accident. Can you live on $2000 a month if you couldn't work? Would $50,000 be enough to cover your medical bills if you were taken to the emergency room in an ambulance.

Congress finally got around to reauthorized the FEMA Flood insurance program known as the NFIP. This program is one of the only ways that homeowners can acquire flood insurance for homes in coastal areas, river flood plains, and other higher risk zones. Unfortunately it is only reauthorized until September, so you need to act now to get this protection in place for Hurricane Season.

Many homeowner's feel that they don't need this valuable coverage. Many assume that their home insurance will protect them, or that they don't live on the Mississippi, or by a bay or ocean, so they are safe. The problem with that thinking is that most flood claims happen in the lowest risk areas.

Floods are one of the most common hazards in the United States. Flood damage can be local, impacting a neighborhood or community, or very large, affecting entire river basins and multiple states. This past Spring, one street in Riverhead was damaged, and several homes in Smithtown have been determined to be unlivable.

All floods are not alike. Some floods develop slowly, sometimes over a period of days. But flash floods can develop quickly, sometimes in just a few minutes and without any visible signs of rain. Flash floods often have a dangerous wall of roaring water that carries rocks, mud, and other debris and can sweep away most things in its path. Overland flooding occurs outside a defined river or stream, such as when a levee is breached, but still can be destructive. Flooding can also occur when a dam breaks, producing effects similar to flash floods.

Be aware of flood hazards no matter where you live, but especially if you live in a low-lying area, near water or downstream from a dam. Even very small streams, gullies, creeks, culverts, dry streambeds, or low-lying ground that appear harmless in dry weather can flood. Every state is at risk from this hazard.

On Long Island, we are seeing more homes damaged in areas where the water table is rising. The rain accumulates, and then gets into the home, causing thousands of dollars of damage. People who have lived in their homes for 50 years are suffering flood damage for the first time.

If you are in a low risk zone, the coverage is less than $1 a day. But it takes 30 days to take effect, so you can't wait until the next big storm to take out a policy. Give us a call, and we can work up some scenarios for how you can protect your home.

For more information, check out the release from FEMA: 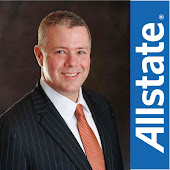 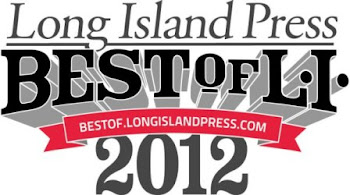 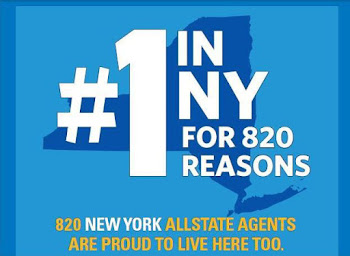